Today is Leap Day.  February 29th.  Sure it's an oddity, and a lot of people don't "celebrate" it, but I like having fun with Leap Day.  I hopping around and shouting at people "happy leap day!" and encouraging them to act like frogs?

Why do I do this?  no reason.  It's fun to watch people's reactions.

Leap Day came about because orbital mechanics are odd.  The Earth rotates at one speed, and revolves around the sun at a different rate.  This means that it comes out to roughly 265.25 days.  Actually believe it or not it's not even that much.  Every hundred years there'll be 30 days in February.  Every 500 years or so there'll actually be 31.

Too bad I'll never see that.  I don't think that the Julian calendar since it got fully firmed up has seen a February 31st.  Its a bit of a shame.  I wonder if future people will celebrate the 30th of February. . . 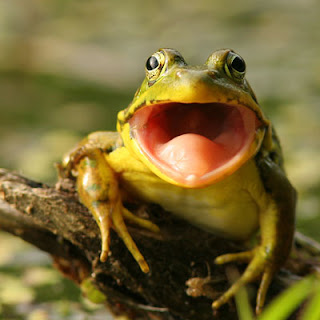 One thing which I don't like to talk about is my own frailties.  I can admit my fears, with great difficulty, to those I'm close to.  The problem is, that I have a hard time letting people in.  The specter of disappointment, and betrayals has made it so its difficult to trust anyone.  My most recent debacle with my ex fiancé is an example.  There are many painful episodes in my past that I hadn't told her about (the WTB for example).

I trusted her more than anyone else I think in my entire life.  When things came crashing down, with little warning, and unclear reasoning all of that trust that I had allowed, the vulnerability, that became something of an open wound.

To say I was broken when I arrived home is an understatement.  I barely had the energy to get out of bed for days at a time.  I don't like that.  I don't like to admit when I'm hurt, let alone to admit I'm hurt just that badly.  If I could have willed my heart to just stop, I would have.  It seems strange but that level of complete abject depression may have actually saved my life.

About a day and a half after returning I found my dad's .357 magnum.  I actually pulled it out, and made sure it was functional.  At that moment a stray thought entered my head "if I had bullets right now."  That thought alone scared me.  The loss of my relationship was so painful, so hard to bare that I was willing to eat a lead sandwich rather than face the rest of my life without her.

Add to that there's the added stress of the issues of being home again.  There are many issues left unresolved.  The mold and mildew alone have caused me enough issues, but taking apart my dad's living area, I was able to get a palpable sense of just how far he'd sunk into the alcohol.  The brilliant man I knew growing up, who always seemed to have the answer died a truly broken man.  Perhaps thats one childhood illusion I wished to hold onto just a little bit longer, or perhaps I didn't want to ask myself if perhaps I could have done something.

I realized then that I really needed help.  I reached out to the VFW post here, and through them I learned about about the connected warriors program.  Its a free yoga program for Veterans, which helped a lot with coping and stress.  It also helped with the horrible back pain that's been plaguing me since my return.  I also reached out to the VA.  Sadly their psychological department is full up here, so getting to a shrink will be a stretch.

Here's the thing, I haven't told anyone really just how close I came.  Perhaps two weeks after I started the Connected Warriors program I got a job.  That helped a lot. I've joined a gym, and I've reached out to friends.  Sometimes just to commiserate, sometimes for advise sometimes just because I needed to talk to someone.  My friends, both former combat veterans and just people that happened to be in my orbit helped a lot.

The hardest part for me in this process has been to admit that I needed help.  Its not just admitting that to myself, its admitting it to the people that can offer to help me.  The very people that can, and have helped me have to know just how bad it has gotten.  Is it because of the war?  Because of my Ex?  Doesn't really matter why things have gotten this bad.  The reality is I had to get help.  I've started getting it.

Its scary in a way.  I look how far I've come.  I thought that I was almost to a place where I could be as close to normal as imaginable.  Perhaps the one good thing that my ex sending me packing has done is to show me the error of that illusion.  I may never be normal again.  I'm ok with that.  I'll figure this out somehow.  I'll be ok.

Eventually.
Posted by The Mad Medic at 22:53 No comments:

Trigger Warning [I don't care about your 'triggers']

Before I went to war, if anyone had talked of "trigger warnings" I'd have laughed myself silly.  The idea that people who have not truly lived could be "triggered" into a state of hysteria or catatonia of fear fills me now with chagrin.  What could you possibly be "triggered" by if you've never truly experienced something traumatic.

I have.  There were things that happened to me that were so traumatic I still, almost a decade later, have not gotten over it.  I felt fear such as I can not describe.  It made me sick in my stomach, and made it difficult to function.  I felt shame for my failures.  People died and I couldn't do a damn thing about it.

It wasn't until late 2007, that I realize how deeply I was effected.  There is a song that played in a favored bar, a song played at a buddy's service in Iraq, and I was right back on that terrible day that he died.  The smell of the burning HMMMWV was in my nose, the crackling of rounds cooking off, the fear that I'd lose more of "my guys" and that terrible moment that I realized that for a half hour my friend had been put so completely out of my mind that he didn't even exist.

That song, sadly popular, would actually trigger episodes.  At first I would be right back there in Iraq.  I avoided this song like it was the plague.  Unfortunately, it's a rather popular song and I can't really avoid it.  Eventually, the flashbacks became bouts of intense emotions.  Eventually it just became unpleasant.  I can accept the trauma that happened, and I can accept that my reaction to the song is irrational.

I can not make the world accommodate me.  I can't force my work or radio stations not to play this song, and really why should I?  It's a good song.  If other people enjoy it who am I to bust in and interrupt them for enjoying themselves?  I'm not the dick punching buzz kill that seems to be on college campuses these days.

Because I couldn't avoid this song I had to find a way to climate to it.  I chose to face this song, at one point I would have it in a 20 song playlist on shuffle, and while I'd do house work, it would randomly play.  At first it was rough.  Then it was less so, before "mildly unpleasant" is how I'd describe the experience.

Triggers are real.  For people who've experienced real trauma there will be events, smells, sounds, or even completely non explainable triggers that will force them to relive the event(s).  For the most part though when people talk like this:

it's a load of bullshit.  They're not triggered.  They're feeling upset.  There's a massive difference between upset, and reliving the most terrible experience in your life.  Many who do have anxiety disorders or PTSD may not actually know their triggers thereby making "trigger warnings" completely useless, and worse, insulting.  You think we're these fragile balls of glass that will break at the slightest push?  Grow up.

Here's what I want you to do, take your trigger warnings and shove em.  I want to be warned that something might be upsetting.  Let me live my life.  I don't want other's free inquiry to be stifled because bad things happened to me.  If anything I want people to have to be forced into self examination.  That's the only way we grow as human beings.  So please, enough with the bull shit coddling.
Posted by The Mad Medic at 01:31 1 comment: