From the Whiskey Tango Foxtrot Column

So this one is a real dousie.  Apparently a Ft Drum MP, Shawn Raymo, 22 while on deployment out in Afghanistan watched via Skype while his wife had sex with a 15 year old girl.  Now I want you to stop and think about that for a second.  This wasn't a "screw off I'm with women now" this was clearly for this soldier's enjoyment.  Which begs a lot of questions to be asked.

Before I even begin though I have one major question. 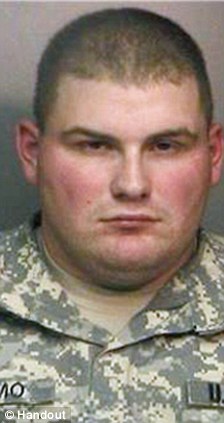 How the HELL did this fat sack of excrement pass height and weight.  Even before his wife was doing the deed on the minor his ass should have gotten the boot for being as Gunny Hartman called it "A disgusting fat body".  A man this size would literally be incapable of doing his job, and just that alone screams shit bag.  That he's only 22 is if anything even worse.

Now at some point his wife 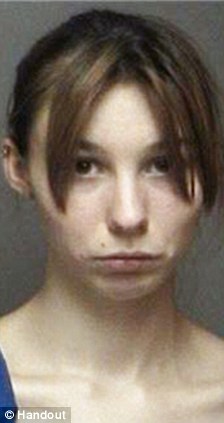 21 year old Jessica Raymo, who looks like a real winner herself, got it in her head to give her soldier boy a show.  Never mind the fact that someone might i dunno look over his shoulder and see what was going on, or perhaps the fact that the girl in question was 15 might've alerted her to the fact that this might not be a good idea.

Now there's a lot I could say about how she somehow broke the mold of the rail thin private marrying the huge woman that is the first to ever sleep with him.  Somehow its the other-way around.  I do not know enough about their marriage to judge how strong their marriage is, but if they're doing this kind of kinky stuff while he's deployed I'd be willing to bet there's a whole hell of a lot of other things going on.  I'm not going to speculate about her various other qualities, though from her picture it might be a fair assumption that she might be strung out on something, or has serious self esteem issues.

Now I won't lie, if you're in the middle of nowhere, you really want something to go off to the latrine and relieve yourself to.  There are stacks and stacks of porn available (even though you will get and Article 15 if caught with it) most wives will even send off their man with a photo or two, not to be shared with his buddies, for when he starts to miss her.  I have even heard of guys doing sex chats with their Wives and GFs.  This one takes the cake.  I don't think I've ever heard of a guy getting more than a strip tease.

The intent behind this show doesn't really matter.  The idea that this woman used any form of persuasion to lure a minor into her home for sex is just plain sick.  Its not clear what kind of relation the couple has to the girl but she lives 2 hours south of Ft Drum, which makes it worse, because she actually had to drive to pick this girl up.  Add in the time change, and this goes into a level of forethought I don't even want to begin to think about. 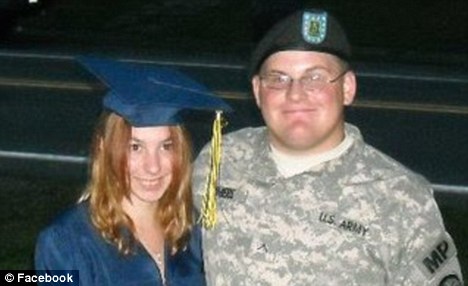 It's pretty clear that these two are real freaking winners and deserve to spend a lot of time behind bars.  A lesson for everyone out there, the more extreme your sexcapades the less well it tends to turn out.  Let us all hope that the 15 year old is learns from this experience and doesn't sell herself for some other skeezy douchebag trying to get his rocks off.
Posted by The Mad Medic at 23:37

I saw this a few days ago. Saved the link to the article, but had no idea what to do with it as I don't have a "WTF" category. It had me shaking my head. Disturbed was the only word I could think of to describe them, but it doesn't quite cut it.