A Proposal for a "Veteran's Secret Handshake"

Time and again we are confronted with SEALs who were the best snipers in the world have a million kills and know everyone in the CIA.  Their Bad Assery is so astounding its hard to believe.  Really hard to believe.  Then there are those stories that are much more Banal.  They were tales of Medals of Honor that did not go through because of politics.  There's been a ton of Bronze Stars, Silver Stars, Purple Hearts, MSMs ARCOMs strangely not so many DSCs or Navy Crosses, but that's probably because they are far less known outside the services.

How many times do we see yahoos like this 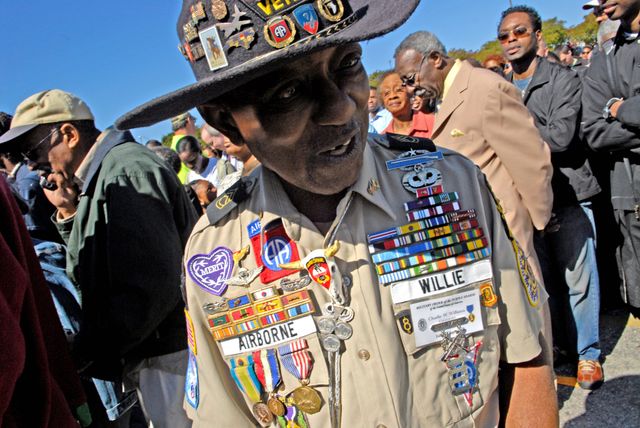 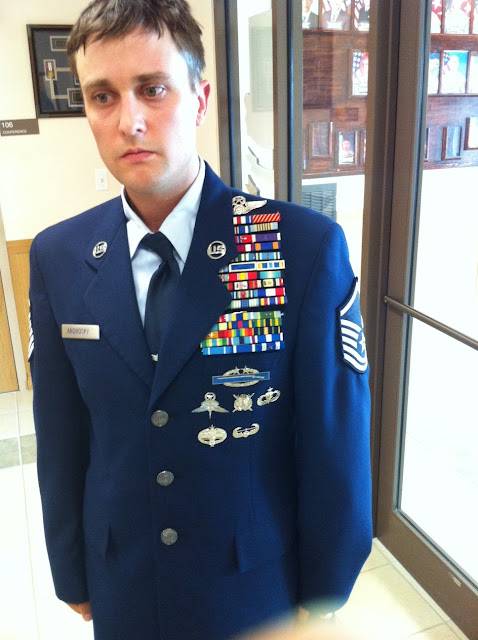 What's really sad about both of these men is they actually did serve.  The First, "Willie" actually did earn some of the medals shown, but there are so many foul ups its a wonder he could look himself in the mirror. The second, colloquially referred to as Master Sergeant Soup Sandwich was a shit bag while in the service, so that might explain a few things (like why he's wearing a Female coat) 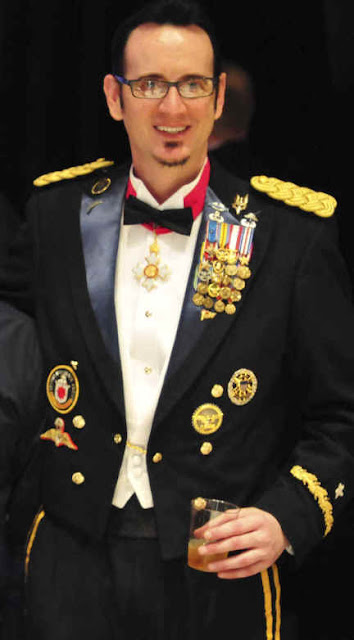 Michael Patrick McManus, recently deceased.  This "General officer" was celebrating the election of Houston's first Gay mayor.  He came out in more ways than one.  Now I'm not one to nitpick but since the Civil War have you ever heard of a general that is younger than say 40? This guy has a lot of decorations too.  Not going to touch on the SAS wings, the CIB the airborne wings, etc.  The medals have all been picked apart as well notice the big old CIA Badge on his right side?  And the big ol JCS badge on his left?  This man spun more than one tale, at one point he tried to get a free flight as an "air marshal" who was Delta force trained. . . yeah a real winner.

I could go on to talk about Rick Duncan, or half a dozen others, some go from just wanting a little attention to truly disgusting.

there's actually a better video of this fat sack of excrement, but the truth is I can't stand to look at his play list for more than a minuet.  His contempt for stolen valor is painful in that really no one can stop him, until people start taking the law seriously.  Seeing as we have a ton of Murders Rapes and Theft to deal with it's not high on anyone's priority right now.

So what do we do?  Well we as Veterans have to keep up the good fight.  If you say you went to Iraq, and killed a hundred insurgents and would have gotten the Medal of freakin Honor if some dickhead LT hadn't screwed you, well I want documentation.  Give me permanent order numbers, hell there is usually a 15-6 every time we fire our weapons anymore.  Give me that.

For the rest of us Veterans, we have to seriously do our level best to educate the Media.  First thing you should always ask for when doing a story about a Veteran is a DD-214.  Its a record of military service.  Only an idiot doesn't have an "i love me" book that is readily accessible with all his awards and decorations.  I have every single official movement order the Army ever gave me, from MEPS right up till I was Discharged.  If anyone ever calls me out on anything I say I've done, I'll be more than happy to put the orders right up here (with social and HOR redacted of course) that states everything I say.

I think we Veterans should have a secret handshake that we have when we meet a veteran or Service Member we're not familiar with.  It would be a two handed greeting where one can pass either CAC card or folded DD-214, for the other to recognize.   There might even be a secret tap code for conflict or years of service, and this code is only taught to troops that complete one full term of enlistment honorably (and aren't shit bags).  Hell we're such a small percentage of society we might as well have a secret handshake (I'm pretty sure Ring Knockers already have one of those).

There will always be war stories.  Some will be a little embellished, but there is a huge difference between embellishing a story and flat out lying about it. I was knocked on my ass by a Mortar round once.  Yeah it was a great story and I love to tell it, but immediately after it happened I went to my PA and got checked out.  He gave me a clean bill of health so I am not going to claim TBI (ears still ring from time to time though).  I seriously ask all Veterans everywhere, when telling your stories, be careful how far you go in the embellishment.
Posted by The Mad Medic at 01:22

Great points. One would think you wouldn't have to make them, but people are imbeciles.