A happy Birthday to a true Southern Gentleman

Today is Robert Edward Lee's Birthday.  Among his many accomplishments was to be the first cadet to graduate West Point without a single demerit (they give those out if you're boot isn't polished right, it's almost impossible not to get one) His ample command of Engineering and service in the Mexican American War, as well as his most notable feat, single highhandedly keeping the Confederacy alive through 1864-65. 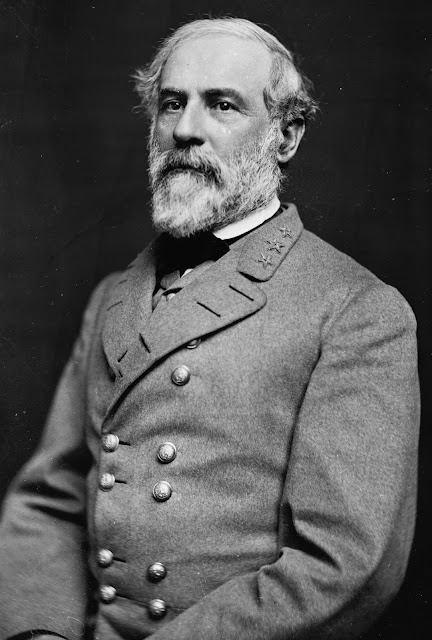 Happy Birthday General.
Posted by The Mad Medic at 10:35